We will break down this process by using this map as an example case. 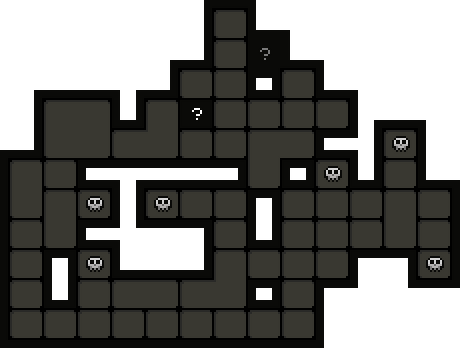 Here we see a small cluster of boss rooms very near to each other.

By drawing out what one of these boss rooms would look like as a 2x2 boss room, we can get a clear picture of where this room would be connected by doors to if this was the case. The door the boss room already has is indicated with green here, while doors that would show up if this was a 2x2 room are marked in red.

Because this room would have multiple doors instead of just one, it is impossible for this room to contain Delirium.

This boss room is out near the edge of the map.

Because this room would only ever have a single door, we can determine that this room is very likely (though not guaranteed!) to contain Delirium. 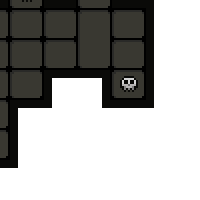 Much like example 2, this room is near the edge of the map. However, there is a small trick going on here that may not be obvious at first glance. 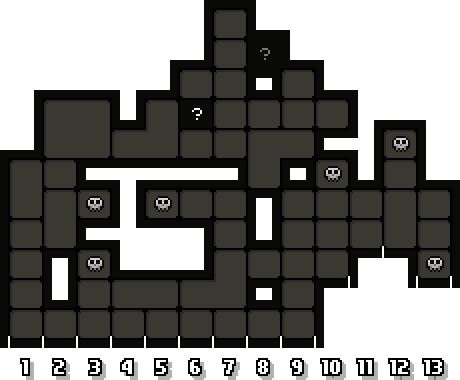 This is the full map but with every square numbered. Maps have a maximum size of 13x13; rooms cannot go beyond this limit. 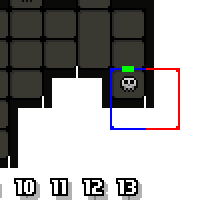 A 2x2 room can be drawn here without any connections to other rooms, but this would go past the 13x13 limit. 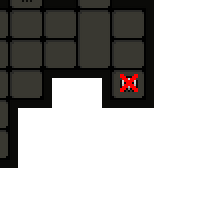 Because of this easy-to-miss detail, this room cannot contain Delirium.