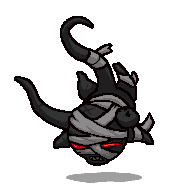 The Adversary is a boss that can appear: