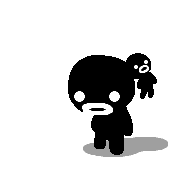 This article is about the boss. For the damage item, see Steven (Item). For the familiar item, see Little Steven.

Steven is a boss that can appear in:

Small Steven can be targeted and killed first with no change to either Steven's behavior.