Binding of Isaac: Rebirth Wiki
Register
Don't have an account?
Sign In
Advertisement
in: Added in Repentance, Bosses, Chapter 1.5 Bosses,
and 2 more
English 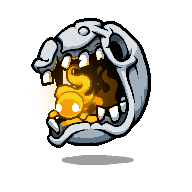 Min-Min is a boss added in The Binding of Isaac: Repentance that can appear in

Min-Min floats slowly towards Isaac and performs the following attacks:

In this phase Min-Min removes the large corpse around herself, reducing her hitbox greatly. In addition, Min-Min can now have a maximum of 7 Willos orbiting her. She will continue to float slowly towards Isaac and has new attacks: