Binding of Isaac: Rebirth Wiki
Register
Don't have an account?
Sign In
Advertisement
in: Modified in Afterbirth+, Added in Afterbirth, Bosses,
and 6 more
English 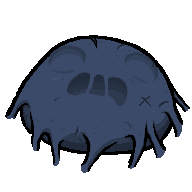 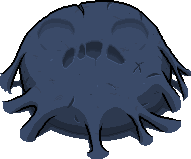 Hush is the boss of

Hush begins with a fight identical to the ??? fight, having the same attacks and behavior but with a different appearance, half of ???'s health, and longer projectile travel distance due to being fought in a 2×2 room.

After Hush's first form is defeated, it reveals its large true form at the top of the room, taking the form of its splash screen portrait.

Hush remains stationary in the top center of the room and performs the following attacks:

The same pattern can be used multiple times in each barrage, and projectile patterns become less dense if multiple patterns are used in the same barrage.

Hush sinks into the ground and relocates to the center of the room before resuming its attacks. It also gains an attack and two more shot patterns:

Hush keeps its attacks from previous phases, gains an extra attack, and modifies its shot patterns:

Hush keeps most of its attacks from previous phases but loses its ability to spawn Hush Flies. However, it gains one more attack in this phase: