Binding of Isaac: Rebirth Wiki
Register
Don't have an account?
Sign In
Advertisement
in: Added in Repentance, Bosses, Bugs,
and 2 more
English

This article is about the boss. For the item, see Dogma (Item). 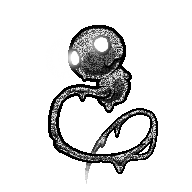 Dogma is a boss added in The Binding of Isaac: Repentance and is the first boss of

In its first phase, Dogma is attached to a television. Damage can only be dealt to Dogma by damaging the television in the center of the room. Any attacks towards Dogma itself causes a shield to briefly appear and block the attack. Dogma moves slowly towards Isaac leaving a trail of damaging Static Creep and has a variety of attacks:

After destroying the television, Dogma falls apart into a puddle of static, before rising out of it as an orb and growing two pairs of wings resembling a Seraph. During this phase, Dogma continues to chase Isaac between attacks but becomes vulnerable and has completely different attacks:

As Dogma takes more and more damage during this phase, its Seraph form will occasionally flicker into various other forms, these include Isaac's head, a lamb's skull with a serpent in its eye, a fly, and a troll face with horns. This is a purely visual effect.

When Dogma's HP reaches zero for the second time, it is destroyed as the whole screen fades to white before turning off like an old TV. Then Isaac is automatically given

Dogma as the cutscene that introduces

The Beast is played.

Audio for the cutscene preceding Dogma's fight.
Dogma shrieking upon emerging from the television.
The reading of Psalm 23: 1-6 that can be heard over the course of Dogma's first phase.
The sound of Dogma's

Brimstone laser.
One of the sounds that Dogma emits while firing