Cut Content refers to entities, mechanics, objects, graphics, etc that didn't make it into the final game but are still present within the game's data.

Pressure plates can be found in the game files and could have served as another type of obstacle. They are fully functional and can do the following things:

Half Soul Heart and Black Heart pickups are in the game files, but they cannot be found in-game.

Half Soul Hearts are an unlockable pickup.

There are several colored versions of certain destructibles, which could have served a purpose similar to tinted rocks.

Marked Skulls are an unlockable obstacle through 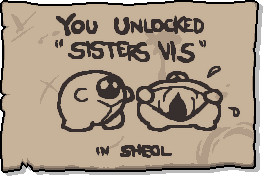 Sheol. According to the unused corresponding achievement file, Sisters Vis would have been unlocked by beating Sheol 10 times. The Sisters Vis were also a boss in Gish, one of Edmund McMillen's previous games.

By editing the game's "items.xml" file and setting an item to maxcharges=12, it's possible to see the charge bar in-game.

By disabling the invalid seed check, and using an invalid seed, you can continue the game after The

Dark Room, up to an additional 14 floors. They use pre-existing graphics and the same layout.

Keeper. This character, however, is playable since the DLC's initial release by using the Cheat Engine until in the later update patches, but he appears invisible with no sprites and has zero hearts.

On every April Fool's Day between 2016 and sometime after the release of Afterbirth †, Keeper was replaced by Old Man Keeper during the daily run for that day.

From the files, there was an unfinished sprite sheet of Hush's flayed form. At first, Edmund stated that the file is a "red herring to the data miners".[1] However, this scrapped form was later confirmed to be actually intentional.[2][3]

Ultra Greed, based on his unused sprite sheet, was originally featured with a beard, along with a single tooth and a rather stout-looking body build. This old Ultra Greed design supposedly represents Tyrone Rodriguez,[4] similar to Ultra Pride who also represents Edmund McMillen and Florian Himsl.

Ultra Greedier has not only an unused hanging sprite like his original form but an entire unused 'waking up' animation.

This unused bomb sprite reveals that Big Horn was intended to summon a larger bomb.

Along with modding support, several tools were included with Afterbirth † to assist new and existing modders, one of which was the Room Editor. It came with a huge number of icons it used for visualization, which included a number of pre-release enemy designs which were never used in-game. Some were simply colored differently while others looked drastically different.

There are 2 attacks that appear in the files and can be spawned using console commands, but neither are ever seen ingame normally. Due to their IDs and names, it's implied that they are unused attacks that Dogma would have used.

Entity 950.10 is "Dogma Angel Baby". When spawned, it floats around for a few seconds before charging at Isaac and exploding. Sprite sheets for these exist in the game files, which means that they may be properly implemented at a later date.

Entity 1000.171 is "Dogma Blackhole". When spawned, starts charging up, and after a few moments, it emits a powerful suction force and spawns damaging tears to be dragged in as well. If Isaac makes contact with the blackhole he will also take damage. The blackhole explodes into a shower of tears after it finishes the suction attack.

Files for several bosses created for The Binding of Isaac: Repentance that were ultimately cut can be found within the game files. However, it was confirmed that some of the bosses may have a chance to be implemented in the DLC's future updates.[5]

The following items were originally in/planned for Antibirth but weren't transferred over to Repentance.

Unused items that weren't originally in Antibirth also exist within the game's files.

Several unused achievements exist that mention the following challenges being unlocked. It is unknown what the challenges would have had.

Several unused achievements exist for co-op babies that never made it in.

An unused floor which would have been an alternative version of Corpse exists as two empty room files with no associated assets. In the music xml there is also a listing labeled as "not done" after Gehenna which uses The Womb's theme as a placeholder. Edmund McMillen has confirmed on twitter that there are currently no plans to add Mortis to the game.

An unused floor which shares its name with

The Void can be found in the game's files and contains a variety of unique unimplemented rooms, some of which feature Repentance mechanics/bosses as well as one containing Clutch/The Possessor.

Curse of the Giant

A new curse from the Antibirth mod, which generates a floor with special big rooms made from combining multiple small rooms together, remains in the game files in Repentance, but as of yet cannot be encountered in-game.

Next to Baby Plum's animation file is a file called "908.000_derpy plum.anm2" which is missing its associated sprite sheet. There are two images of what appears to be Derpy Plum, as shared by one of the developers.

During the Beast fight, any remaining Ultra Horsemen as well as the Beast itself can be seen in the background of the fight, with the former cheering on the current Horseman whenever Isaac takes damage. It seems that originally the Beast was intended to laugh when this occured as well, since there are unused sprites and even a fully finished animation within the .anm2 file. However, this animation does not play in the final game. 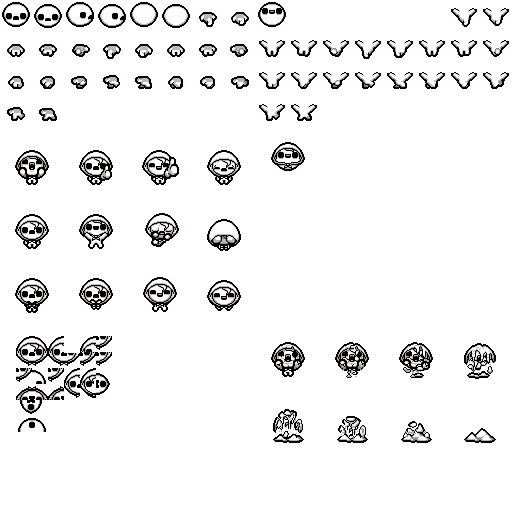 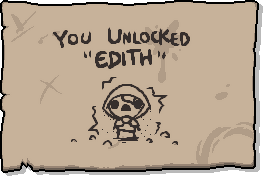 The following items were planned for but ultimately cut from Antibirth:

Some monsters from the Antibirth mod are found in the game files but unused, while others are completely absent in Repentance. Edmund McMillen confirmed that he has no plans for the currently unused Antibirth monsters.

As well, there is a cut Orange-Red champion that behaved similar to the flashing green champion, splitting once, and then having its clones split.